How to move towards a rating

Before the full rating process is undertaken, the company can request other services from CRIF Ratings such as the Initial Point-in-Time Rating or Solvency Assessment, both of which are private in nature. These assessments should not be considered as regulatory ratings, but as useful tools towards gradually obtaining a rating.

Prior to undertaking a path over several years that involves the assignment and ongoing monitoring of a rating, it is possible to request an Initial Point-in-Time Rating, i.e. a long-term issuer rating, valid only at the time of communication.

The assessment process is similar to that for the issue of a regulatory rating, and lasts on average 4-6 weeks. At the end of the process, the company receives the Initial Point-in-Time Rating on a private and confidential basis, and can decide whether or not to go ahead with the ongoing monitoring on a private or public basis.

A first step in the direction of a rating 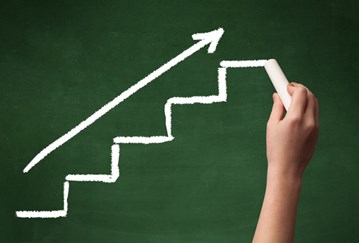 The Solvency Assessment is an assessment of the financial solvency of a company. The aim is similar to that of an issuer rating, and is based on a similarly rigorous, but faster (around 10 working days) and less invasive, analysis. The outcome, which is private and confidential, expresses an accurate and unmonitored assessment according to a different scale, but one that refers back to the rating scale.

The opinion expressed by the Solvency Assessment cannot be considered as a rating, since it is only based on historic and non forward-looking information, and on limited interaction with the company. It can, however, be the most suitable solution for those that want to make a first step towards a rating.